Natural Indian sandalwood oil is mainly composed of santalols. Surprisingly, as almost any other natural wood, there is no commercially available natural-identical synthetic replacer. Though synthetic santalol may be produced, its synthesis is so costly it has no interest for industry. For this reason, and since price for Indian Sandalwood has grown very high, many molecules that try to reproduce the sweet woody, milky, somewhat steroidal sandalwood odour, have been invented. Since 70’s many chemicals with a sandalwood-like note have been developed. I still have a lot to learn about these products: some are closely similar and their behaviour in a fragrance composition can be surprising as well.

Sandela (IBCH): If am right, it is the oldest one. In my opinion, it is the most true-to-nature. Subtle and creamy, sometimes you would tell it is odorless. But on skin it develops a thick, woody odour. Slighlty sour and acidic. Being as viscous as pure Galaxolide, it is sometimes sold at 85%.

Sandalore: not the most powerful, creamy, rosy, light, with an anise-like accent.

Bacdanol: close to Sandalore, I like to think of it as its fatter companion. It is thicker and more sweet, less vertical than Sandalore, rounder. Somewhat gourmand, vanillic. Edit (24/06/2016): I have compared Bacdanol with Dartanol (Firmenich), it’s the same product according to The Goodscents Compamy, but the quality is very different. Dartanol is less creamy, it is whiter, cedary, fibrous, more textured, slightly acidic.

Osyrol (Acsantol): the weakest one. Powdery, fine, natural smelling, well rounded. Not easy to smell, I don’t understand how I can use it.

Polysantol: bold, but more natural than Sandalore and Bacdanol (I know someone who would argue it is not natural at all). Difficult to overdose. With an aromatic, sweet nuance. At the time it was used in Samsara, it was a Firmenich captive.

Ebanol: the most aromatic. Quite different from other sandalwoods. In a blind test with a colleague, it performed as the most powerful, Javanol and Polysantol were closely behind. It defines what ‘aromatic’ is for sandalwood odorants : a sweet and woody odour similar to dried fennel, liquorice, immortelle / everlasting / helychrysum.

Santaliff (Sandalmysore): strange and beautiful. But its fat molecular structure tends to completely anesthetize my receptors. Even in small doses, it lends a surprising brilliance to my perfumes, almost like a musk would do (?). Very facetted, it has rosy (Sandalore), creamy (Bacdanol), aromatic (Polysantol/ Ebanol) nuances. This is one of my favorites.

Brahamnol: fine and elegant, quite close to real sandalwood. I would put it close to Bacdanol or Polysantol (not as strong).

Javanol: at thirst it punches with its thick woody, thin, anisic mass. But properly diluted and used with caution it fully develops its character. Which is rosy and brilliant, quite transparent, floral (mimosa / Acacia).

Androstenol: a human (and a pig 🐷) pheromone. I had the chance to obtain a sample in the pure and diluted form. As pure it is almost odorless, or very weak. It blocks my receptors in a fraction of a second and it becomes completely odorless. Diluted @1% it is easier to smell: sandalwoody (not the natural sandalwood oil but, surprisingly, closer to the synthetic molecules), somehow clean, musky. Quite dull, not as exciting as some fine perfumery sandalwood chemicals mentioned above. I made some tests with friends, it is interesting to observe that some women tend to perceive it as dirty, urinic, sweaty, not sandalwoody at all. It surely is connected to its role as a pheromone.

Kephalis: almost not sandalwoody, it has plastic and vetyver-like character. Clary sage and ionone-like. In my opinion it can be described as possessing a sandalwood note, but it isn’t truly a sandalwood odorant.

(24/06/2016) I have just received a sample of Karmawood and it smells nothing like a sandalwood, it is more woody ambery (boisé-ambré, bois qui pique), close to Trimofix, Ambercore, etc.

If you have any other suggestions I will be happy to try them out. 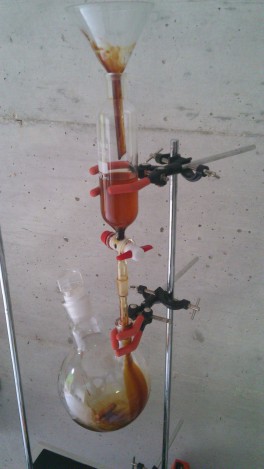